Sailor.X said:
Poopy. At least I tried.
Click to expand...

hey could be worse the plant will be building something useful. actually just looked it up and they're going to be build rockets that i kid you not will be entirely made out of 3-D printed material, albeit the site still needs to be retooled first

Bacle said:
Or it could be Elon actually gets his shit together in the next few decades and actually begins flights to Mars.

'New' planes that are still basically new build units made out of refurbished bits from old planes and new bits from the old dyes so they don't need to redo the whole airframe, along with upgraded engines. They are supposed to already be moving to 4 turbofans instead of 8 of the old type fairly soon.

A 'new production, upgraded airframe' is an easier sell than a whole new bomber, and we already have the B-21's in the pipe, likely to be publicly unveiled in the not so distant future.
Click to expand...

B-21 reveal literally in december

Zachowon said:
B-21 reveal literally in december
Click to expand...

And at least six in production

It is the first sixth gen aircraft

Sri Lankan IAI Kfir C2's. Thankfully they paid for the modernization of these classic beauties before the entire country was plunged into a financial and political crisis. 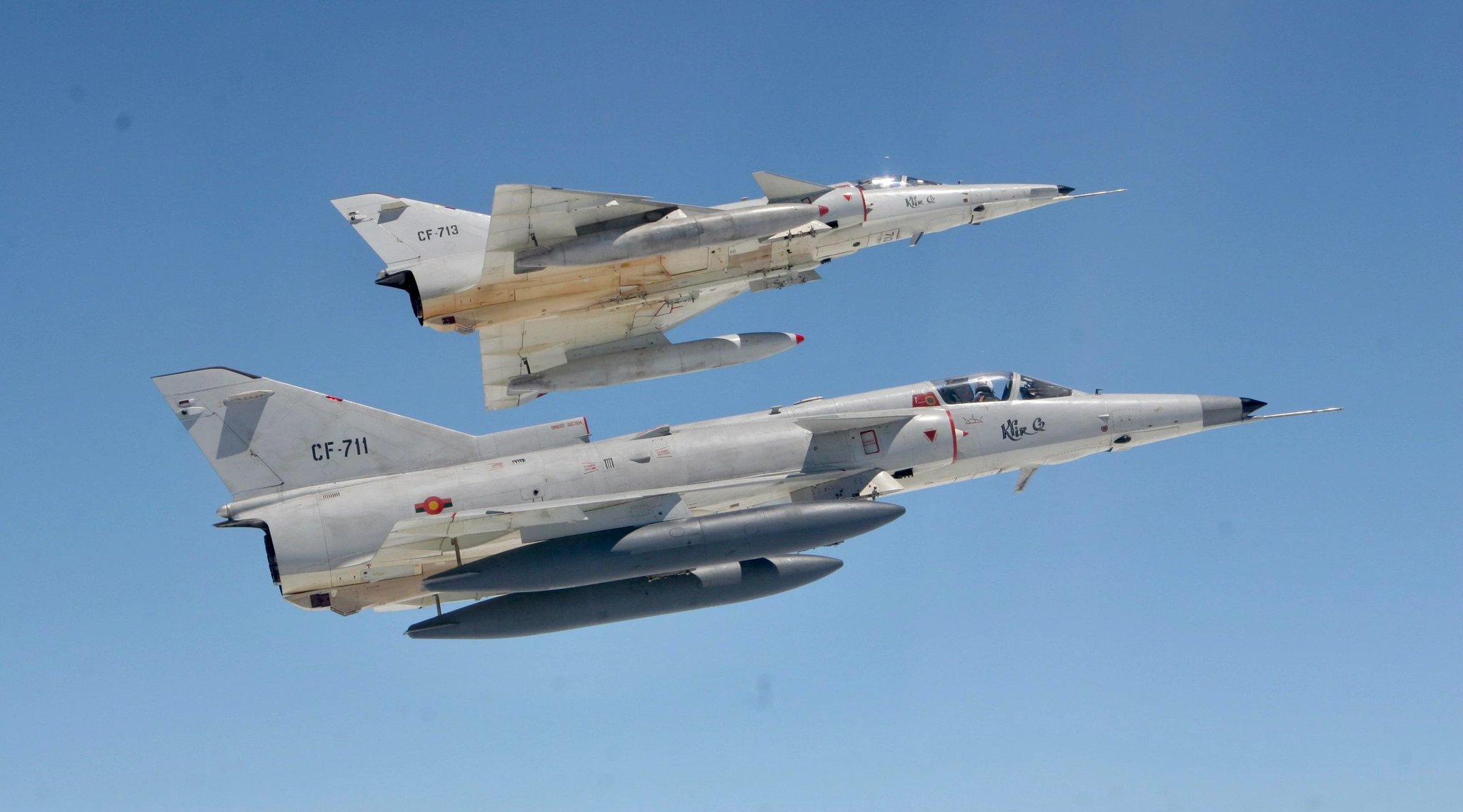 A Su-30SM on the left and a Su-35 on the right of a little petite MiG-29 nestled between them. 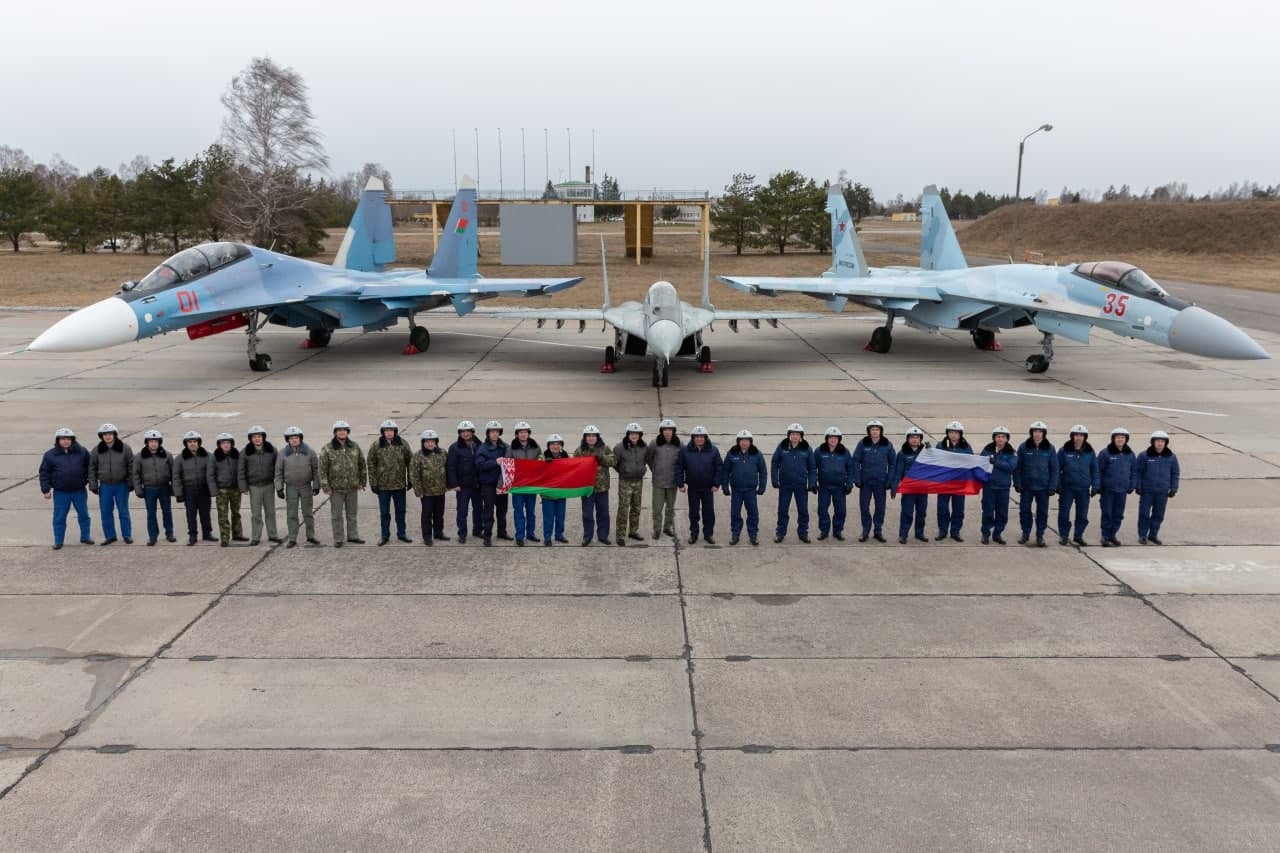 'Wise Guy' was put into the boneyard back in 2008 but the sixty year old B-52 Bomber was prepared to bring back into service started in December of 2018 as part of an initiative to maintain a 76 strong bomber force that was one short due to an earlier aviation crash.


Task and Purpose said:
“Wise Guy,” as the sexagenarian strategic bomber is called, returned to duty at Minot Air Force Base, North Dakota on March 9, where it will join its fellow grey-haired B-52s at the 5th Bomb Wing. The flight follows a two-year-long restoration process which, like any good back-in-shape training montage, took a lot of elbow grease to pull off.

Wise Guy’s return to service first started in 2016, when a fire destroyed a B-52 during takeoff at Anderson Air Force Base, Guam. The Air Force was thus one B-52 short of its 76-plane Congressional mandate, so it was time to brush the cobwebs off one in the sprawling aircraft boneyard at Davis-Monthan Air Force Base, Arizona.
Click to expand... 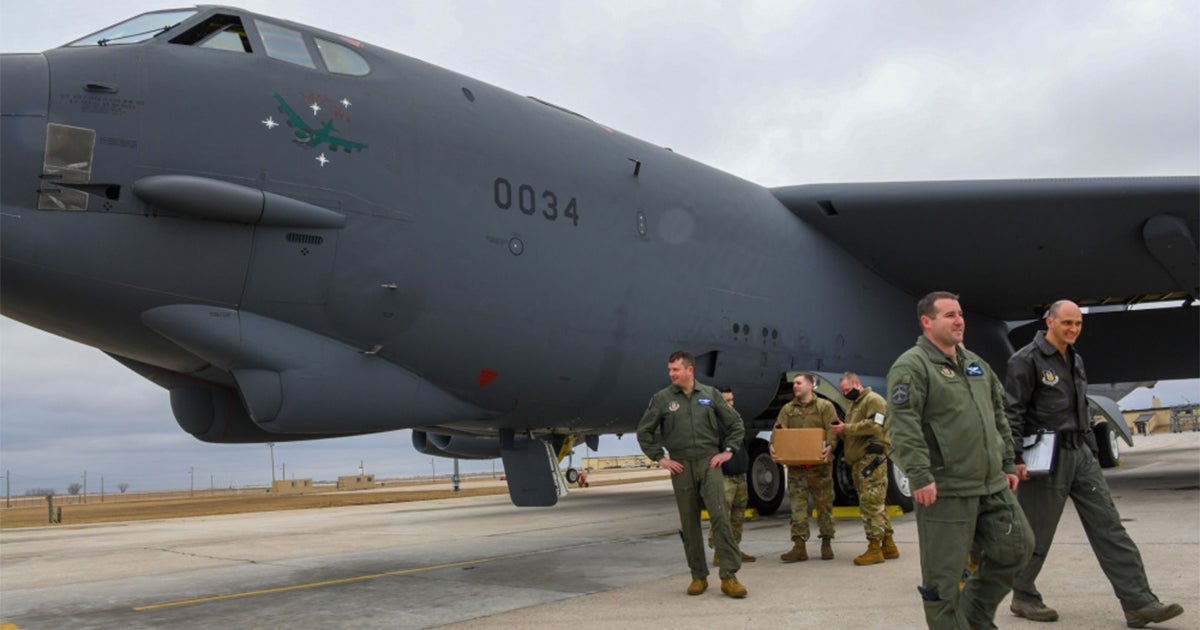 It took two years and a lot of elbow grease to bring the old workhorse "Wise Guy" back to tiptop fighting shape. 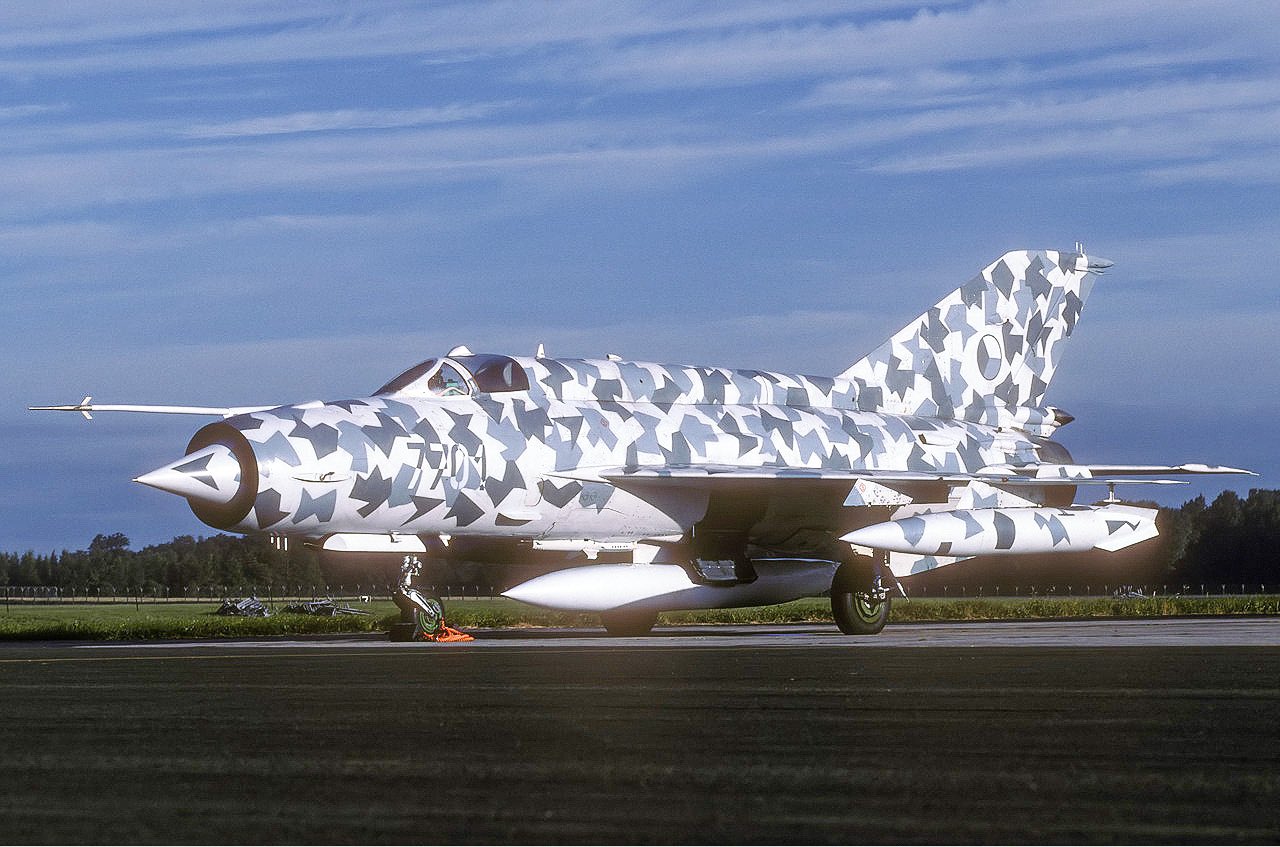 Twitter Thread Actually Has Other Cool Color Patterns of the MiG-21 as well.

That does not look like anything one would design when "ground attack" is the mission ... because it wasn't originally designed with that in mind. It was intended to be an interceptor.

It got included in a Cold War-era book about good ground attack aircraft I read when I was a kid. Most of the chapter was an apoplectic "here's what's wrong with this airplane in that role". The remainder was lauding the stable and easy to control at supersonic speeds near the treetops aspects of it.

RON/PLC was a wonderful country.

bintananth said:
It was intended to be an interceptor.
Click to expand...

Wrong, it was its brother Su-9 that was to serve as an interceptor. The Su-7 was originally a fighter design called a frontline fighter. That is, translating from Russian to normal, light fighter. Unfortunately, due to the fact that the USSR air force preferred the MiG-21 as the machine for this role, the Su-7's story could have ended at that time, but in the late 1950s the USSR was looking for a new fighter-bomber aircraft so the machine was redesigned to fill the gap. With a kind of success since the very next aircraft in this role was a heavily modernized version of the Su-7.

That does not look like anything one would design when "ground attack" is the mission ... because it wasn't originally designed with that in mind. It was intended to be an interceptor.

It got included in a Cold War-era book about good ground attack aircraft I read when I was a kid. Most of the chapter was an apoplectic "here's what's wrong with this airplane in that role". The remainder was lauding the stable and easy to control at supersonic speeds near the treetops aspects of it.
Click to expand...

Was just reading a couple of days ago, father of General Armageddon was flying one of these and died when engine failed during take-off.
S

Here's one for our Polish members:


This is an authentic 1970 PZL-Mielec TS-11 bis B 'Iskra' jet trainer, one of less than five hundred ever built. The Iskra was the first indigenous Polish jet aircraft, and the Polish government had high hopes that it would be selected as the standard jet trainer for the Warsaw Pact. Unfortunately, the Czechoslovakian Aero L-29 Delfin beat the Iskra for that selection, and the "Iskra" ultimately saw little use outside its homeland.

Here is that rival Delfin, of which over 3,500 were built:

Both aircraft recently photographed at the Planes of Fame Air Museum in Chino, California, by yours truly. Planes of Fame actually has two Delfins, the other one however is unrestored.

we had a fly over by 4 A-10's at cat/griz Saturday.
they were damn near silent.

stephen the barbarian said:
we had a fly over by 4 A-10's at cat/griz Saturday.
they were damn near silent.
Click to expand...

They are a treat to see when you randomly spot one.

Princess saw a pair over Indy around noon on the 11th. She said they were low, slow, not trying to be quiet, and headed towards Eagle Creek Park (a few miles west of where she was).

They were almost certainly doing flyovers of Veterans Day events.

What I really miss is what the US Navy Aviators use to do back in the day. Sometimes to give the regular Enlisted on the ground at a base a show. They would do a low speed flyby of a hill side. And if you are on that hill you will be like 100 feet from that plane when it passes. I had the treat of getting that close to an F-15D Tomcat on one occasion. I wish I would have had my camera to snap that photo.

Went to basic at Ft. Leonardwood. It's also the gunnery range for A-10s. Got to see and hear the BRRRRRRRRRRT!! 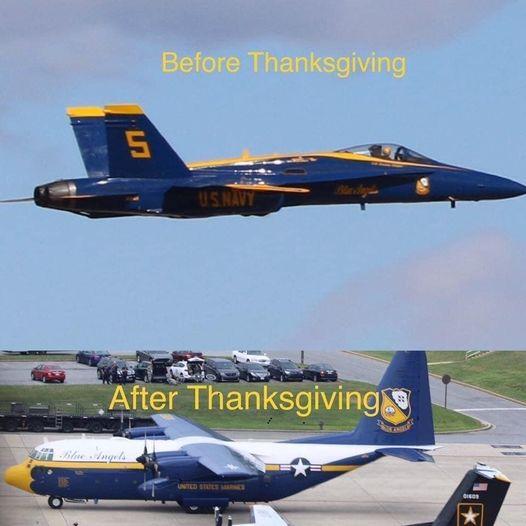