I don't see how the media can brush this shit under the rug....shit's going down.

It's more vital then ever to vote Trump, though, if we want to see that happen.

If that person's speculation that Trump knew about what they were up to for years is correct, we have one of the largest cases of 'never interrupt your enemy when they are making a mistake' in politics ever.

Revealing all of this in the lead up to the 2020 election is a hell of an 'October Surprise,' as well as a good way to try to build the legislative backing needed to actually start trying and convicting all these crooked people afterwards.

There's no joy in Washington.....many are looking for brown trousers.

LordsFire said:
If that person's speculation that Trump knew about what they were up to for years is correct, we have one of the largest cases of 'never interrupt your enemy when they are making a mistake' in politics ever.

Revealing all of this in the lead up to the 2020 election is a hell of an 'October Surprise,' as well as a good way to try to build the legislative backing needed to actually start trying and convicting all these crooked people afterwards.
Click to expand... 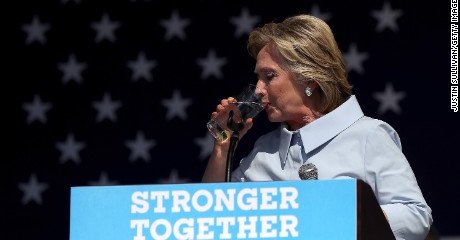 DNI Ratcliffe provided the following declassified information to the committee:

Tzeentchean Perspective said:
Well this is big.
Click to expand...

I've seen people on another site claim that this isn't a bombshell, because they already knew Hillery was behind it. To those people, I say this; there is a world of difference between suspecting something is the case, and having actual proof.

This is Watergate levels of manipulation of the Election.

MelancholicMechanicus said:
This is Watergate levels of manipulation of the Election.
Click to expand...

Unfortunately the media is in their pocket and will claim it's just a big nothing burger and cover it up... again.

Unfortunately the media is in their pocket and will claim it's just a big nothing burger and cover it up... again.
Click to expand...

All the more reason for those of us who are aware of it to spread it like wildfire.

They task us. They task us and we shall have them. We must chase them ‘round reddit, ‘round Facebook and ‘round even the hell that is twitter. We cannot give up!

Unfortunately the media is in their pocket and will claim it's just a big nothing burger and cover it up... again.
Click to expand...

And this is why having over 90% of all media companies in the nation being owned by just 8 companies is a direct threat to our democracy. 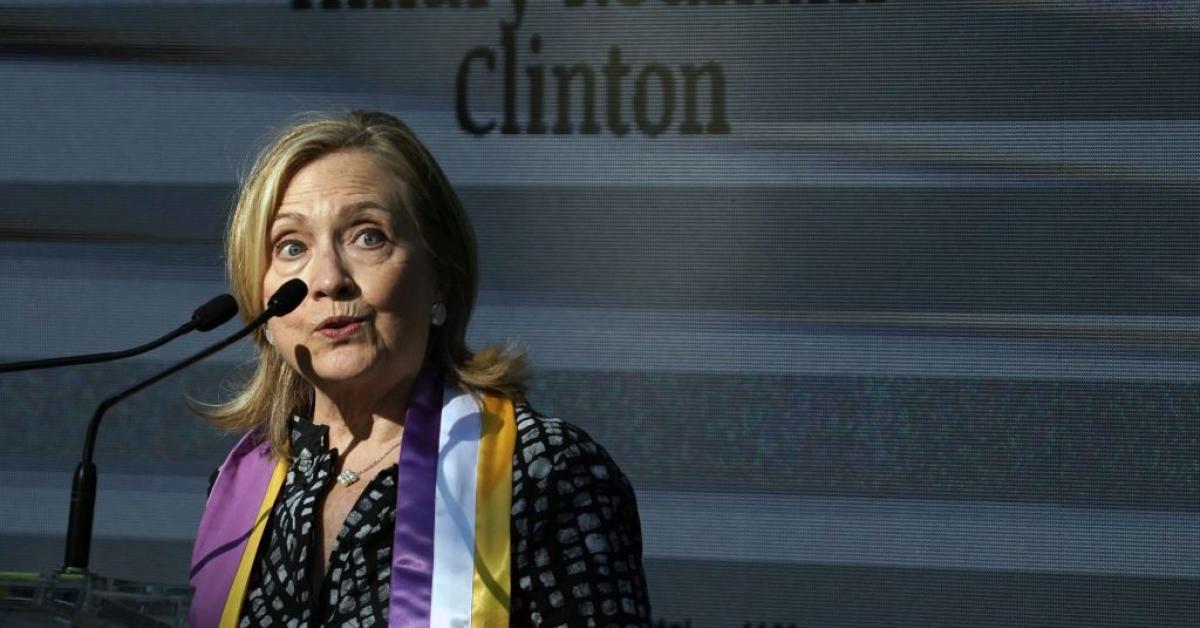 Suspected goal was to "vilify Donald Trump" and distract from Clinton's own controversies in 2016 election.

Holy shit Trump has been going ham over the last few days.

The worst thing about this is there will be no immediate consequences for the Clintons. Sure, the democrats took yet another PR hit, but at some point you want to see these bastards go into their cells.

Given the left demonized Susan B Anthony AFTER Trump pardoned her....could Trump pardon Hillary to troll her?
"If my family can, so can yours"
T

If My Family Can, So Can Yours

“I’ve done lots of work on this topic, so it bothers me. But Rich Lowry has it right: POTUS has to accept that people have already made up their minds about Russiagate, and most just do…

Some urging from Michael Flynn Jr. that people don't lose sight of victory:


That was it for me. I keep up with the goings-on within the political arena. When I saw this tweet and read the underlying article by Rich Lowry, my reaction was simple. Seriously? It’s amazing to see there are those who claim to be republican and/or conservative still NOT grasp or have zero feel for the pulse of President Donald Trump’s base.
Breaking: The #1 unanswered question since the beginning of Donald Trump’s presidency is “Why has no one been held accountable in “RussiaGate”?
A close second is definitely “Why is there this double standard for people like General Flynn versus Former FBI Assistant Director Andrew McCabe?”
These questions have been asked more than any other since 2017. There are a variety of reasons I make this statement but let me offer you the following:
Since 2017, my family and I have received MILLIONS of messages through various communication platforms (handwritten letters, texts, direct messages, phone calls, emails, etc). I have personally analyzed and kept track of where these communications originated. Why? I wanted to gauge the geographical locations of the Americans who have reached out to my family expressing the sentiment described above.
Was it from just red states? Oh no.
I can say with 100% certainty we’ve received droves of communications not just from every single state in America, but some from supporters around the world.
The floor of my father’s basement in Rhode Island (for example) is currently occupied with boxes FULL of handwritten letters from these amazing patriots. And let me tell you, these letters display a common theme. People are SICK of the lack of accountability and sick of the seemingly ignored criminality in RussiaGate.
My family and I have been irreparably harmed by the Obama-Biden administration and their soldiers of fraud. My father was framed and forced to plead guilty to something he did not do. The truth of the matter has been held hostage for nearly FOUR YEARS by the likes of current FBI Director Christopher Wray, and current CIA Director Gina Haspel who frankly, in my opinion, should’ve been fired already.
The treasonous forces responsible, and these anti-American tyrants, were directly overseen by former President Barack Hussein Obama, his former Vice President Joe Biden, and their corrupt deputies. They unleashed and weaponized our country’s own intelligence community for personal and political purposes and WE CAN NOT LET THIS HAPPEN AGAIN.
Over the past four years, on many occasions, I have silently repeated to myself the “Serenity Prayer”. And not just because my wife and I have a 3-year-old son who tests us at every turn (as most 3-year olds tend to) by making the potty-training process (for example), “interesting.”
My son’s incredible energy, however, has been my inspiration. His now famous “Pledge of Allegiance” video (which after recent tally, has accumulated a stunning 168 million views over multiple platforms) was retweeted by President Trump, and played inside the White House Press Room. It was an incredibly proud moment for me as his father. I’M JUST HAPPY HE KNOWS THE PLEDGE!


For anyone unfamiliar, here is the “Serenity Prayer”:
“God grant me the serenity to accept the things I cannot change; courage to change the things I can; and wisdom to know the difference.”
As you can imagine, the course of my life and the lives of my family took a dramatic turn when many of the most powerful government officials (at the time) abused their powers leading to accusations and allegations against my father and myself that have since proven false.
My family and I have known the truth since the beginning, but that didn’t matter. Barack Obama and Sleepy Joe Biden, along with their MSM sycophants knew the truth as well, but marching orders had been given and the vicious assault on our democracy continued anyway. The ferociously diabolical campaign of tyranny and fraud against my father, myself and many others connected to our President and his successful 2016 campaign to be commander and chief continued as well.
The last four years have been painful. Nasty people maliciously spewed brutal lies about my father and myself without respite and without any concern for the truth. I took comfort in the arms of my wife, my son, my family and loved ones. And, on countless occasions, the “Serenity Prayer” gave me hope just as it does now, at a time when our nation is facing the most important Presidential election ever.
Click to expand...

Care to tell us anything about this link?

A DNI report was issued on the recent going ons of Russia and other foreign countries dabbling in the election. What is most curious is how Mainstream Journalists and other so-called National Security experts started projecting their own beliefs onto the report... like somehow the DNI report exonerated the Bidens in regards to the Hunter Biden story despite said DNI report not references Hunter Biden or the laptop at all...

Glenn Greenwald pointed this out early on and MSNBC reporter Chris Hayes deleted "one" of his tweets making that allegation that the 'Hunter Biden Laptop' was a Russian Op.

But his other tweets were quoted numerous times and boosted and otherwise supported by other blue checkmarks in the media and intelligence communities.

In response Journalist Matt Tiabbi helpfully compiled a list of fake Russiagate related stories that the Mainstream News Media fell over themselves to cover and then later either quietly retracted or otherwise ignored when the MSM narrative was proven faulty at best. He actually listed ten separate stories in his article on Substack pertaining to the Russiagate hoax and even posted the MSM retractions in several cases done weeks after the fact.

Master List Of Official Russia Claims That Proved To Be Bogus

The Director of National Intelligence releases a report, and the press rushes to kick the football again.