Interesting Stories From The Internet

Greenland Shark is the oldest vertebrae in the world... probably. They are estimating it is roughly 512 years old and thus perhaps born sometime in the first decade of the 16th century potentially. 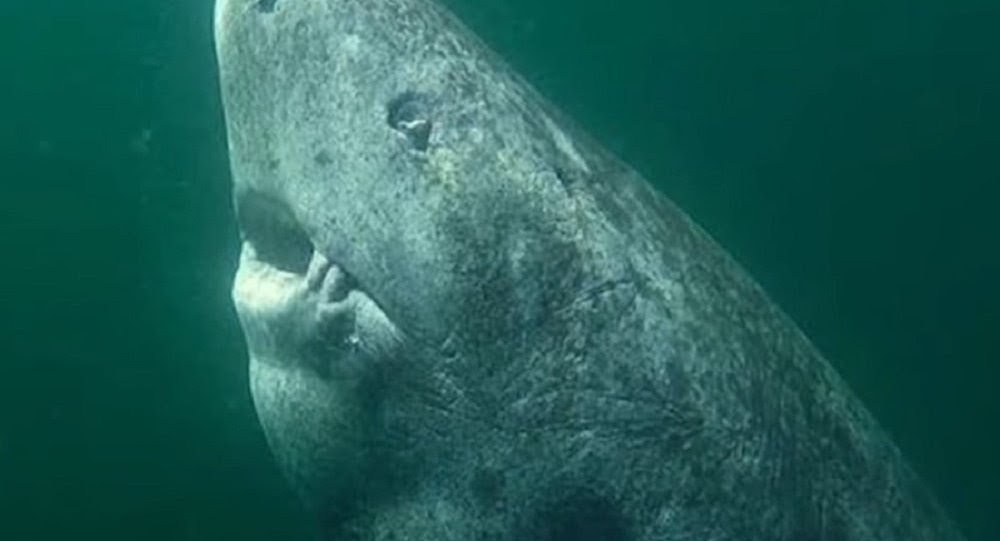 A Society of Scientists have found associate ancient shark at intervals the Atlantic, believed to be 512 years previous, that may be the o...

Someone quit at 22 quit a 100k job to ask Logan Paul for a job and got rejected bruh.


So one of the advantages of living in the 2nd/3d world is that you can do stuff like this, in most of Europe you wouldn't be allowed to leave your yard with such vehicle.

The average Bitcoin mining machine lasts about 1.29 years before being tossed. This is part of the reason why its estimated 30,700 tons of e-waste is generated by cryptocurrency mining annually with most of it not being recycled due to where such mining operations often took place.

But ASICs are so specialised that as they become obsolete, they cannot be "repurposed for another task or even another type of cryptocurrency mining algorithm", the researchers write.

But while the chips can't be reused, much of the weight of Bitcoin mining equipment is made up of components such as "metal casings and aluminium heat-sinks" which could be recycled.

Globally just over 17% of all e-waste is recycled. However, the number is probably less in some of the countries in which most miners are based, where in many cases regulations on e-waste are also poor.
Click to expand... 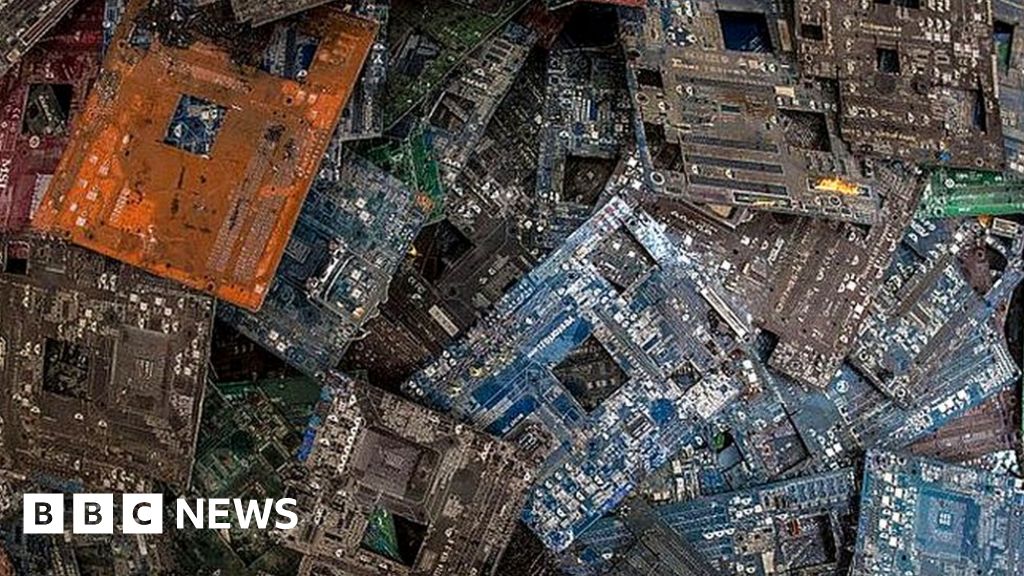 Waste from the cryptocurrency process is similar to that from IT equipment somewhere like the Netherlands.
www.bbc.com

Pennsylvania man registers five foot long (and still growing) rescue Alligator as his Emotional Support Animal in lieu of using medication to treat his depression. Wally apparently could grow as long as sixteen feet but for the moment his owner says he's basically like a dog whom he brings to social events like senior center meet and greets. 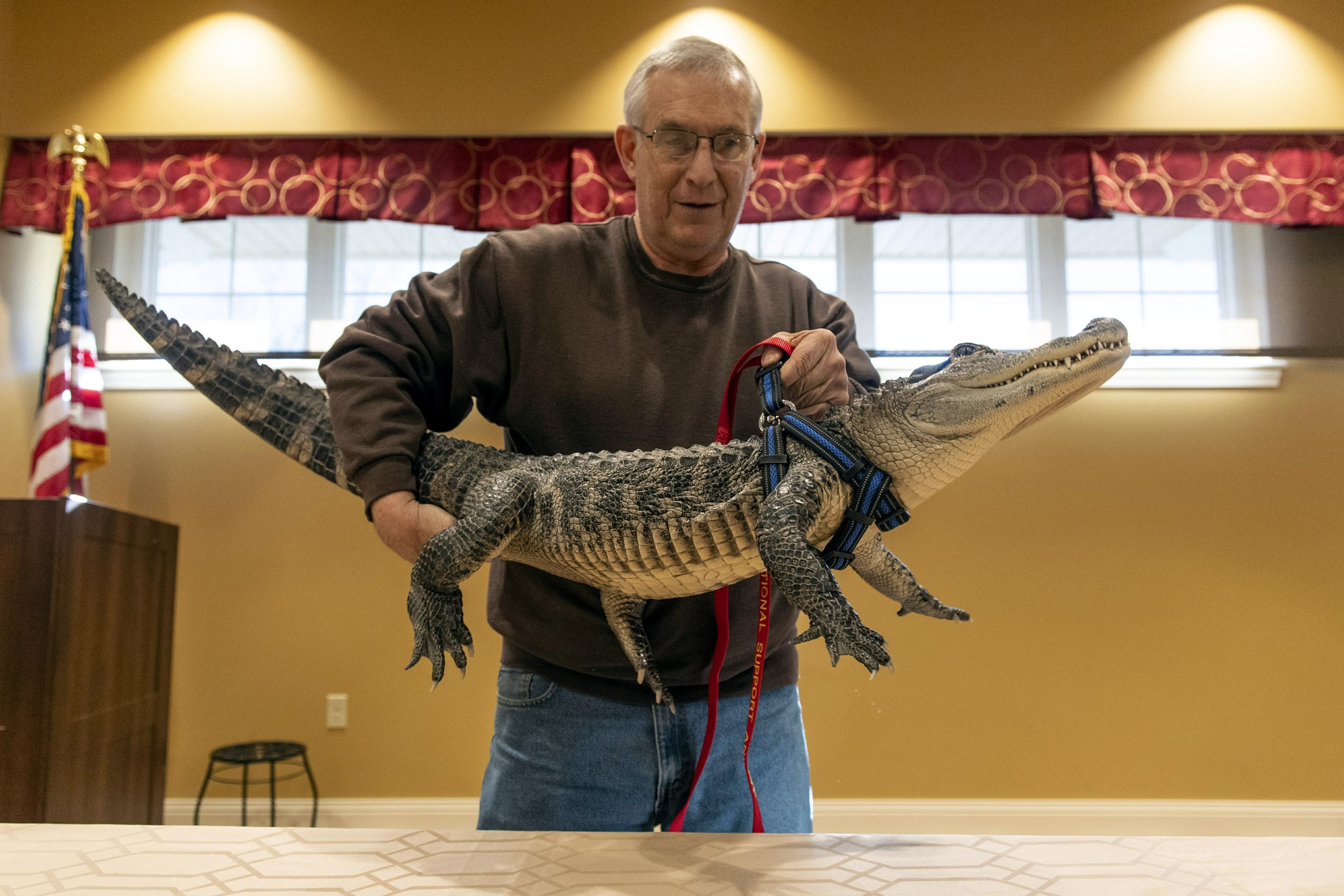 Location
In the Desert

The AP buried part of the lede, but the individual in question has experience handling dangerous animals professionally.

Location
Near the lighthouse, under the sea.

LordSunhawk said:
The AP buried part of the lede, but the individual in question has experience handling dangerous animals professionally.
Click to expand...

Yeah, wouldn't be as sensational of a headline then.
"Juvenile crocodile registered as a emotional support animal by a man who probably knows what he's doing."

The headstone of one Peter J. Weller (no relation to Robocop) had been missing since 1875 when it disappeared during a transfer from one cemetery to another.

It had been a mystery for 150 years until during an Auctioneer hired to clear out a residence found the marble slab and discovered it was actually a tombstone. According to the family who possessed the tombstone, they had no idea how it had come into their possession and they had been using it as a marble slab to make fudge. The five foot long tombstone was restored to Peter J. Weller's (d. 1849) new gravesite finally. 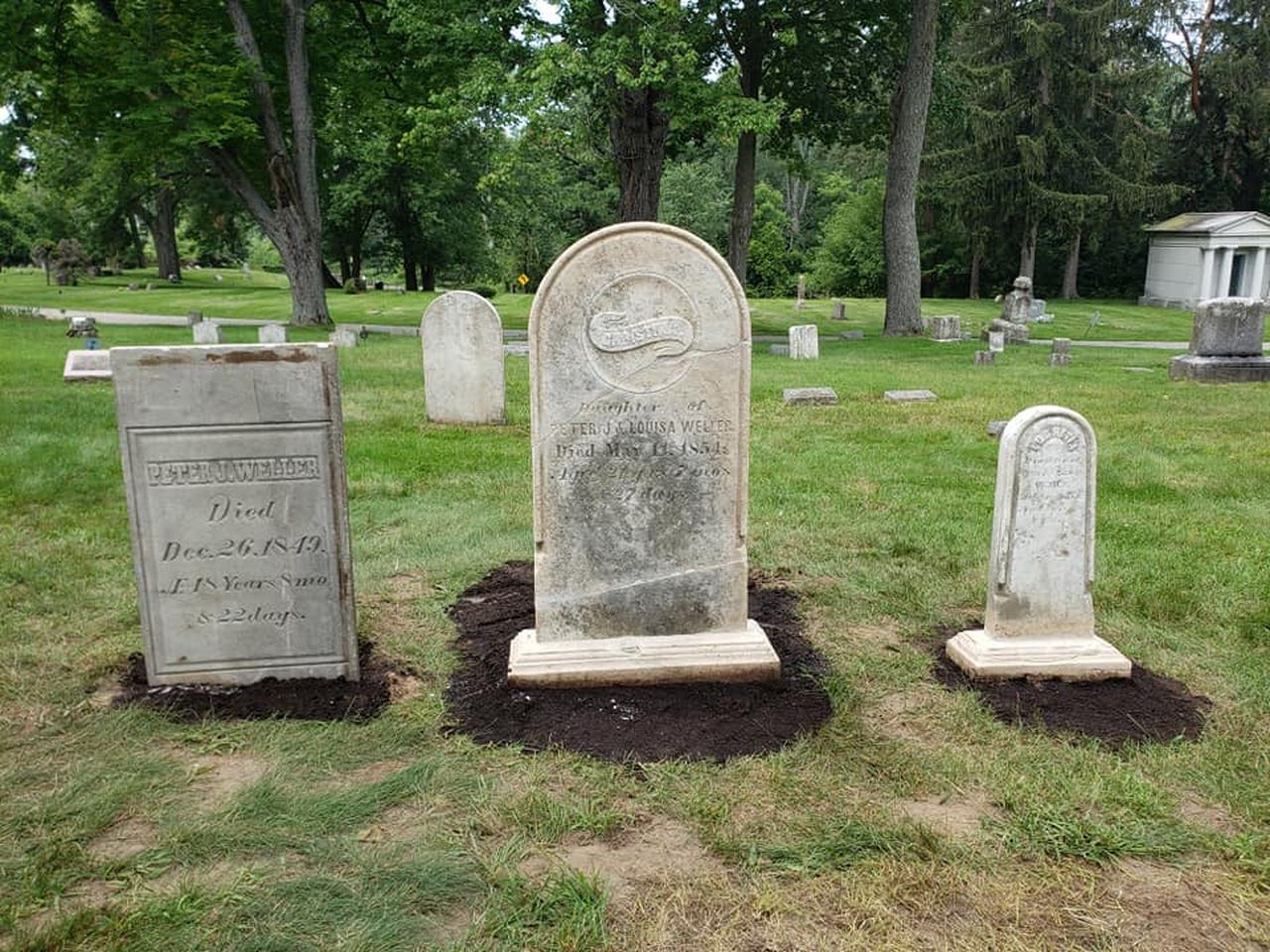 Where it was for most of the time it was missing is a mystery.

So that's why Cold Stone became ascendant. Marble Slab has literally been build on graves! 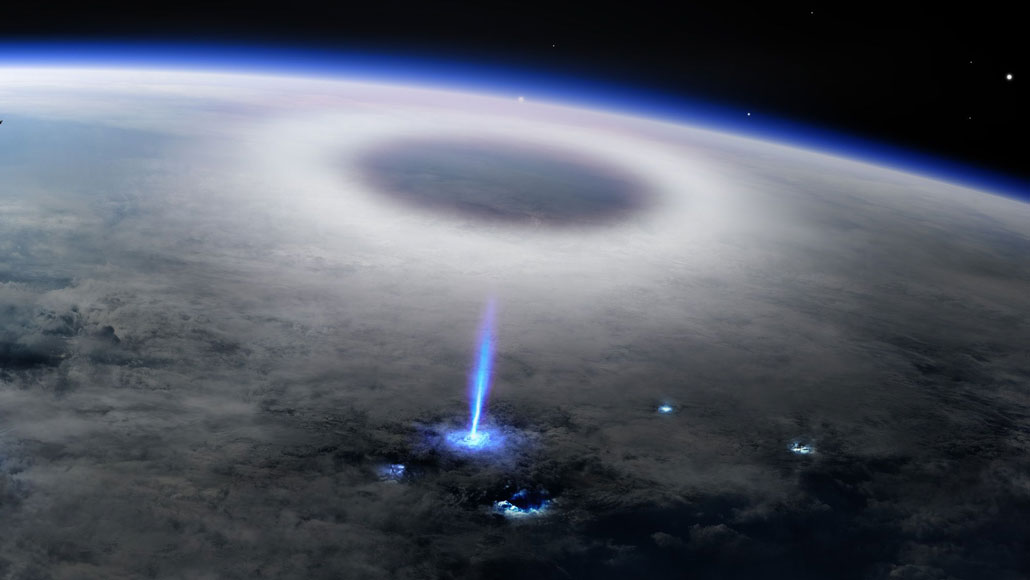 The origins of an enigmatic type of lightning in the upper atmosphere has been traced to a 10-microsecond flash of bright blue light.

The origins of an enigmatic type of lightning in the upper atmosphere has been traced to a 10-microsecond flash of bright blue light.

The French island of Reunion in the Indian Ocean is at the top of a massive magma tree!!!


QuantuMagazine said:
Around 65 million years ago, when the plume was under what is now India, a series of lava floods named the Deccan Traps smothered 1.5 million square kilometers of land — enough to bury Texas, California and Montana — in a mere 700,000 years, a geologic heartbeat. A giant asteroid strike would be the coup de grâce for the dinosaurs, but the Deccan Traps have long muddled the picture of the climatic conditions the dinosaurs had to contend with.

In 2012, a team of geophysicists and seismologists set out to map the plume, deploying a giant network of seismometers across the vast depths of the Indian Ocean seafloor. Nearly a decade later, the team has revealed that the mantle is stranger than expected. The team reported in June in Nature Geoscience that the plume isn’t a simple column. Instead, a titanic mantle plume “tree” rises from the fringes of the planet’s molten heart, with superheated branchlike structures appearing to grow diagonally out of it. As these branches approach the crust, they seem to sprout smaller, vertically rising branches — super hot plumes that underlie known volcanic hot spots at the surface.
Click to expand... 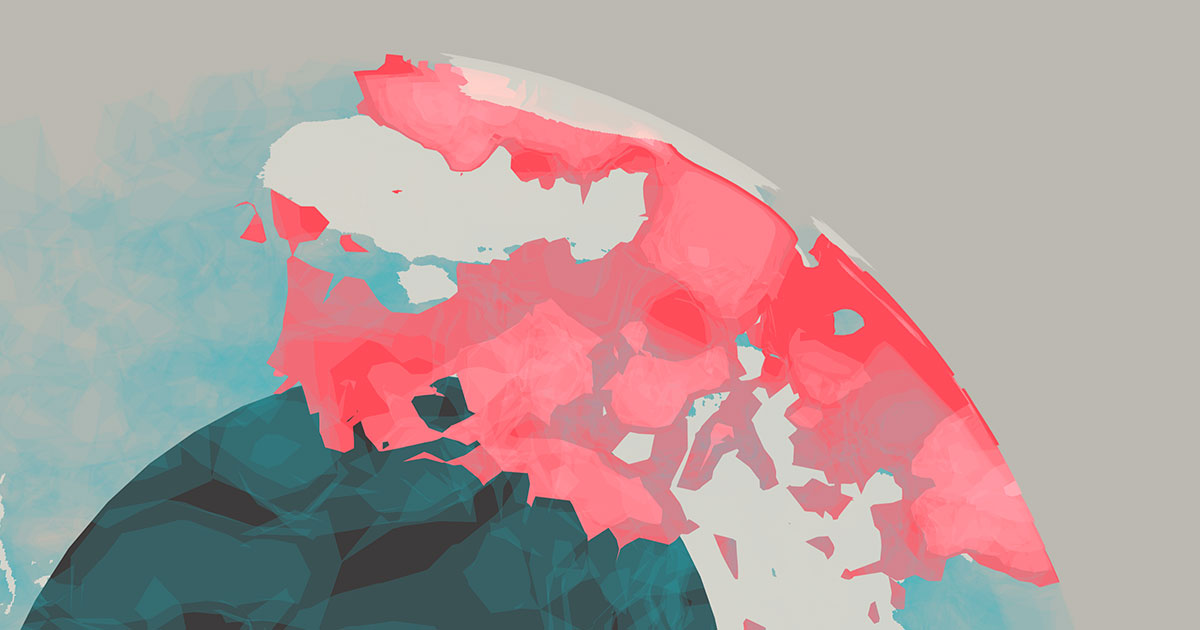 Deep in the mantle, a branching plume of intensely hot material appears to be the engine powering vast volcanic activity.

So we might see some interesting geological developments in the next several hundred thousand years?

Location
Near the lighthouse, under the sea.

One day at a busy airport, the passengers on a commercial airliner
are seated waiting for the pilot to show up so they can get under way.
The pilot and copilot finally appear in the rear of the plane and
begin walking up to the cockpit through the center aisle. Both appear
to be blind; the pilot is using a white cane, bumping into passengers
right and left as he stumbles down the aisle. The copilot is using a
guide dog. Both have their eyes covered with sunglasses.

At first, the passengers do not react thinking that it must be
some sort of practical joke. After a few minutes though, the engines
start revving, and the airplane begins moving down the runway.
The passengers look at each other with some uneasiness. They
start whispering among themselves and look desperately to the
stewardesses for reassurance.

Yet, the plane starts accelerating rapidly, and people begin
panicking. Some passengers are praying, and as the plane gets closer and
closer to the end of the runway, the voices are becoming more and more
hysterical.

When the plane has less than twenty feet of runway left, there is
a sudden change in the pitch of the shouts as everyone screams at once.
At the very last moment, the plane lifts off and is airborne.

Up in the cockpit, the copilot breathes a sigh of relief and
tells the pilot: "You know, one of these days the passengers aren't
going to scream, and we aren't going to know when to take off!"
Click to expand...

Gambia has a marbles based voting system. This is convenient since the dropping of a marble into a drum system is taking place in a country where you've never had more then three candidates running for President and in Gambia, presidents tend to stick around a looooong time. But the latest election started off with twenty two candidates... which could offer some issues. Thankfully the candidate list has whittled down... to a mere half dozen. 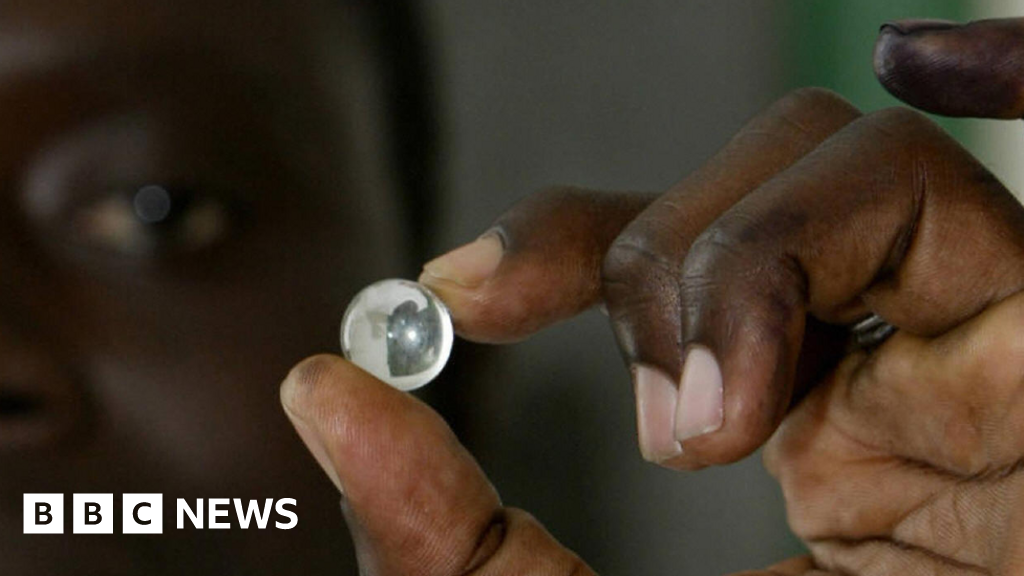 The Gambia has witnessed a flourishing of democracy but its curious election system remains unchanged.
www.bbc.com

Husky_Khan said:
Gambia has a marbles based voting system. This is convenient since the dropping of a marble into a drum system is taking place in a country where you've never had more then three candidates running for President and in Gambia, presidents tend to stick around a looooong time. But the latest election started off with twenty two candidates... which could offer some issues. Thankfully the candidate list has whittled down... to a mere half dozen.

The Gambia has witnessed a flourishing of democracy but its curious election system remains unchanged.
www.bbc.com
Click to expand...

All I got from that is even people who vote with marbles have Voter ID.

This totally looks legit for students, especially when compiling footnotes for a research paper.