A map of a hypothetical enlarged United States of Greater Austria: 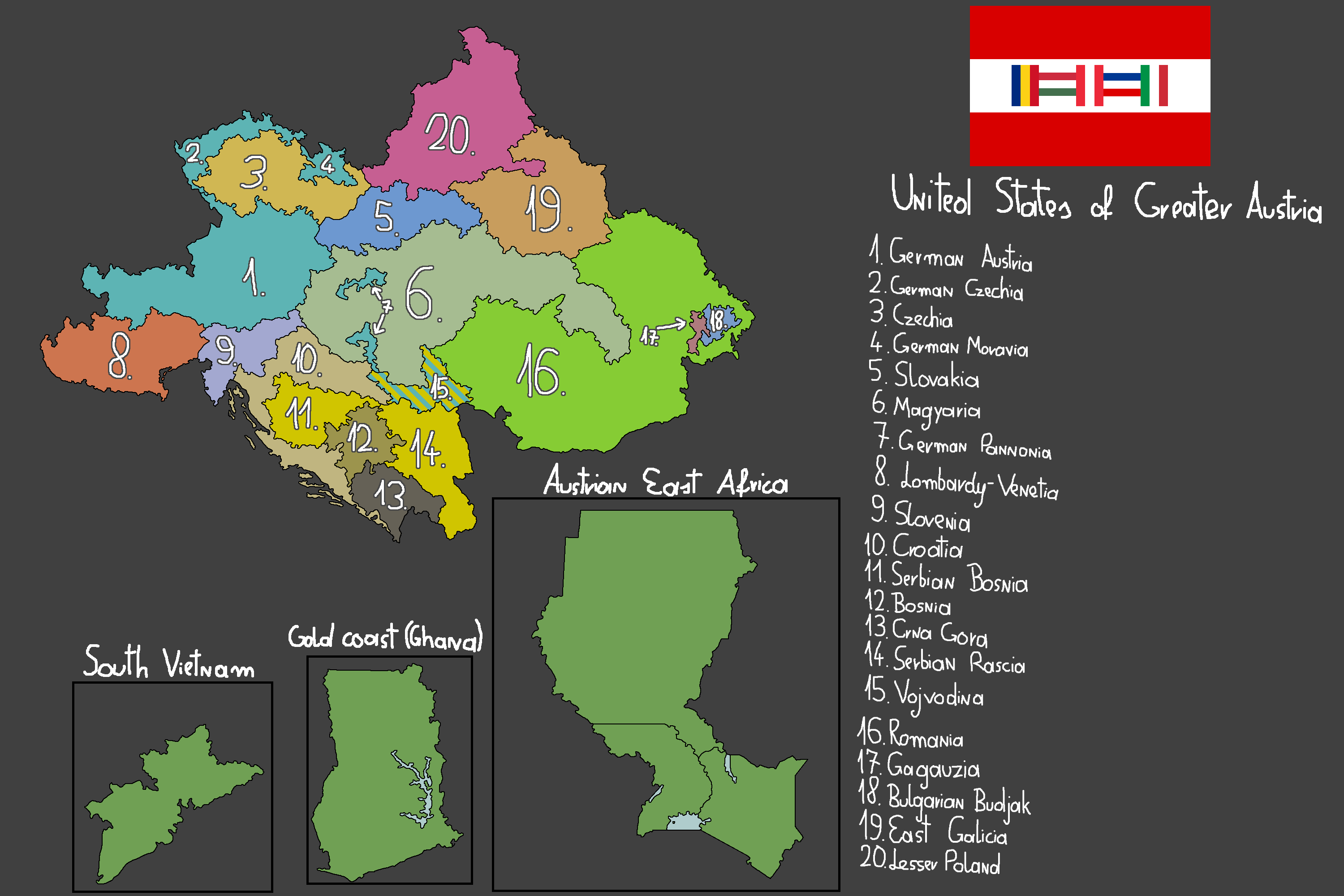 Personally, I'd remove the Italians from it, but everything else there looks rather nice. I do wish that it would lose its colonies in the long(er)-run, though. Though A-H rule could be more benevolent than what might replace it, so maybe not!

@stevep What do you think?
W

BACKGROUND Vienna, January of 1867. Emperor Franz Josef I looks at a big map of the Austrian Empire lying over his table. He has painted in blue the areas still occupied by the Prussian Army. The war against the Prussians is technically over, but the treaty of peace is pending to be signed...
www.alternatehistory.com 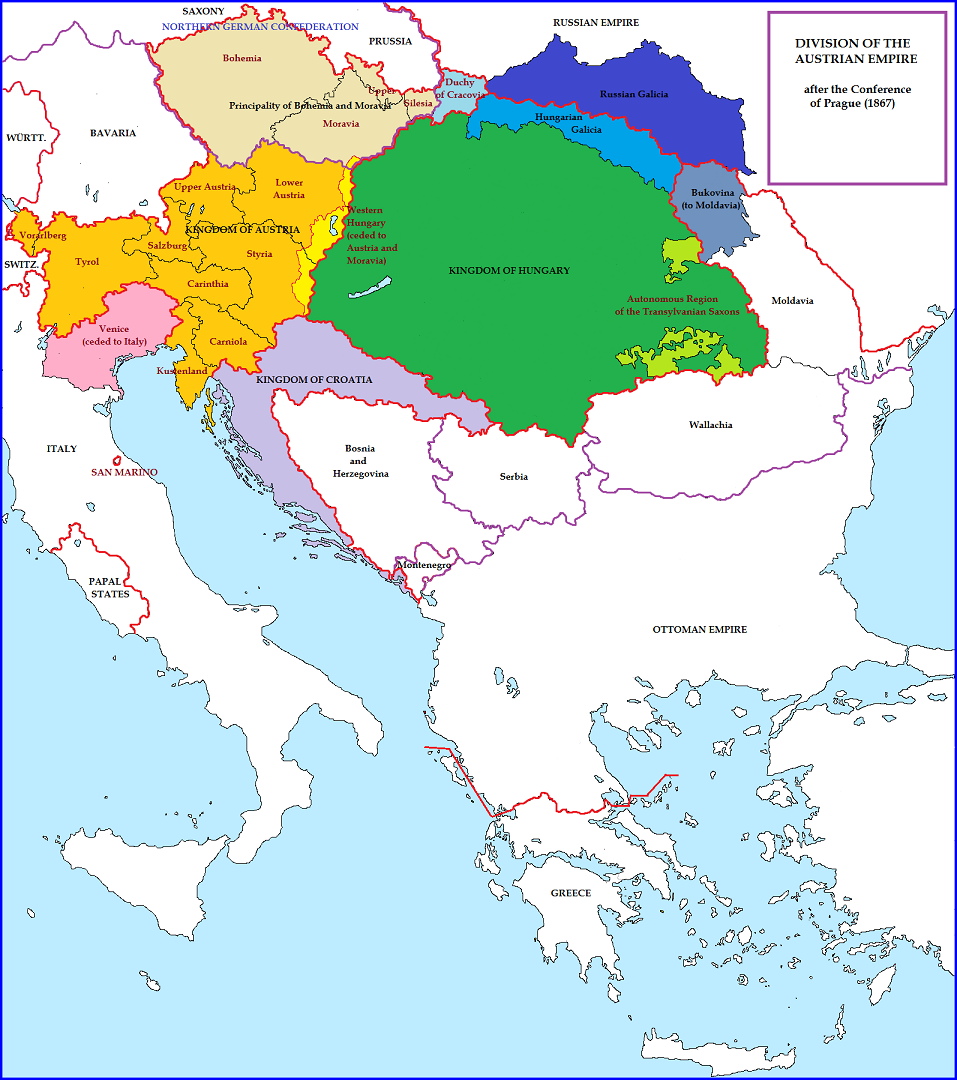 A map I requested on alternatehistory with my one of my 3 or more banned accounts : After the Disastrous Ottoman-Safavid War the Ottoman Sultanate collapsed. Unable to bear the Stress of a massive Greek Revolt that lead to the Komnenoi Restoration and the Ousting of the Ottoman Turks from mainland Europe and the western coast of Anatolia, a defeat they would never return from. Eventually in 1764 the Ottoman Sultanate would be conquered by the Komnenoi Byzantines, and the peoples of the Sultanate forced to bear the Ευλογημένο Τάγμα του Αγίου Μιχαήλ (The Blessed Order of St. Michael) which acted as a religious Inquisition against Muslims in the region. Many Turks would later flee to Persia or convert to Christianity.

Further out in Persia the Safavid's would establish a Caliphate that was extant in beliefs. It adopted the ways of war that the Europeans had adopted and had begun a islamic westernization in the mid 18th century, Bringing in many Europeans to the lands of Mesopotamia and Persia.

Far to the South lay the lands of Ethiopia and Makuria. Ethiopia, led by the Solomonid Dynasty conquered the Horn of Africa and the lands of Yemen, later forced to fend of the Safavid Invasion of 1821, a War that would last two decades. At first the Safavid Empire would sweep the Ethiopians down to the city of Aden, but after British intervention and Aid Ethiopia would be thrust forth, given modern technologies and advisors a long war would spring out, a war of the Trench. At first a uncommon tool of war that would become a great defense against cavalry, Ethiopian Trenches would dot Arabia until eventually in 1843 the Treaty of Qasr Ibrim would end the war, with the Safavid Empire defeated and forced to accept Ethiopian dominance of Yemen.

Between Ethiopia and Safavid Egypt lay Makuria, The Land of Copts. It has remained neutral in wars for many years. Its Rise was slow, with the only notable war being one with the Rebellious Dongala. It is predominantly Coptic Christian.
Threadmarks
Reader mode
You must log in or register to reply here.
Share:
Facebook Twitter Reddit Pinterest Tumblr WhatsApp Email Link
Top Bottom