Text of declaration can be found here: While the Universal Declaration of Human Rights does have some good sides, it also has parts which are full of garbage. It is these garbage parts that I will …

In short: while a lot of things in the Declaration are a-OK, many are also utter bullshit. Hence the above post.

The UN Declaration of Rights is a joke.

I am totally in favor of getting rid of the United Nations in its entirety, and replacing it with nothing whatsoever, if only to mollify the alarmists who are shouting about the UN being a vehicle for totalitarian global government.

They don't really get into it, but the idea of Human Rights is incongruent with Leftism, on multiple levels. This isn't a criticism, I also don't believe in human rights, for the same reasons that Leftists don't (though they say they do). The biggest issue is that a Right is by definition bestowed by a metaphysical power and cannot be taken away. The UN version does what is very common currently and replaces the idea of a metaphysical higher-power with a material one, thus turning rights into privileges, but keeping the term 'rights' so as to confuse people. If Rights were innate and bestowed by a higher power then finding them would be an act of moral excavation. Instead these are ethnical fidget spinners, aiming to distract and amuse.

I think talking of "refuting" the concept of human rights misses the point. It wasn't some statement of abstract moral philosophy, it was a reaction against the horrors of WWII.

"How's about we make a rule that governments aren't allowed to treat people like that?" sort of thing.

And yes, there is the problem of "why should anyone care about your rules?" and also the tendency for Leftists to corrupt the whole concept of "rights" into one of entitlements - protections against wrongdoing by others, getting turned into demands for hand-outs.

But I think they had a point that some things were really bad. 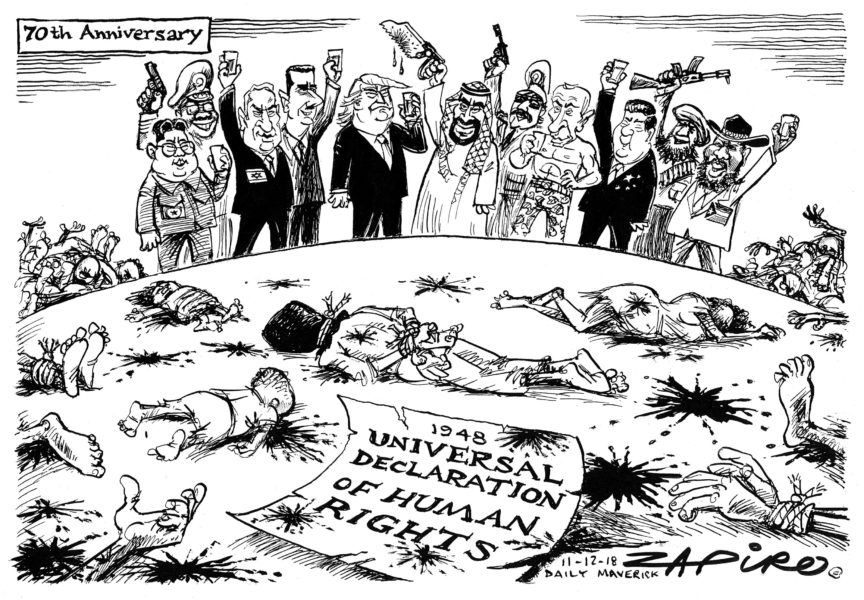 Text of declaration can be found here: While the Universal Declaration of Human Rights does have some good sides, it also has parts which are full of garbage. It is these garbage parts that I will …

In short: while a lot of things in the Declaration are a-OK, many are also utter bullshit. Hence the above post.
Click to expand...

The document shows its age, specifically the fact that it was written at the beginning of the Cold War, with all the political maneuvering and negotiations arising from the needs of that time.
Now we know more about how industrial and information age societies work, and there is no need to make compromises and ideological bids against the Soviet Union.

Secondly, those countries that would be positively affected by implementing the declaration as written don't give a damn anyway and no one can make them. There is no reason for western countries to not ignore the dumber parts in a similar way, but the core of the issue is with their political class, a lot of which would prefer to add even worse points to the declaration if they had their way.

Some of the questionable points were specifically meant to mess with the Soviets, with more, or usually less effect, but that's obsolete now.
Also back then there were no failed states in modern understanding, as the colonial powers were still more or less present in the third world when the declaration was written, so it's not really well designed to handle those and issues that arise with them.
Last edited: Saturday at 12:43 PM
You must log in or register to reply here.
Share:
Facebook Twitter Reddit Pinterest Tumblr WhatsApp Email Link
Top Bottom