Dear brothers and sisters (and binaries, and furries, and other miscellaneous "fill-in-the-blank") of the Sietch, everywhere we look, we see discontent, chaos and strife. We worry for the present, we worry for the future, we worry for the state of Humanity itself....and where is hope? Where is the promise of a brighter future? Stolen by weak, worthless petty tyrants who engorge themselves like swine on the riches of the world, leaving us, the common folk to starve. The Law has failed us, our institutions have failed us, our governments, our leaders, our political parties....what is left?

Brothers and sisters...there is a new hope, a new dawn. One that brings Brotherhood. Unity. Peace.

I speak of course, of the Brotherhood of Nod. A...society with a vision for the future of Humanity. One that envisions Peace through the spread of Tiberium...er, technology in a way that ALL shall benefit, not these weak, insipid fools who horde it all for themselves.

And with the Brotherhood, we have a leader who can deliver those promises, not bound by the petty divisions of the past. I speak of course, of our Immortal Leader....KANE.

Kane for President, 2024! Why choose the lesser evil...ah, the lesser candidates? KANE CONQUERS ALL! KANE IS IMMORTAL! KANE IS OMNISCIENT!

Kane is also the coolest person on the planet....TIME Magazine said so! 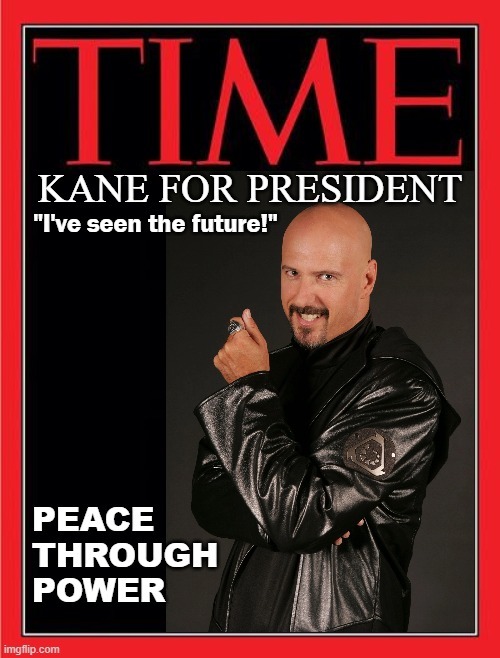 So keep an eye on this thread, as I shall post more about the Brotherhood and what we are doing to aid our fellow men and women of this planet...and don't be fooled by other politicians like our puppet--ah, President Biden. Kane and the Brotherhood has a vision for the Future, and invites you to be part of that future...whether you like it or not.


ONE VISION! ONE PURPOSE! THE TECHNOLOGY OF PEACE!

"Kayne" can only wish he was HALF as cool as our leader Kane.

Not to mention, Kane has a far more fashionable "chrome dome".
W

Tiamat said:
"Kayne" can only wish he was HALF as cool as our leader Kane.

Not to mention, Kane has a far more fashionable "chrome dome".
Click to expand...

Glad you asked! Let this brochure enlighten you! 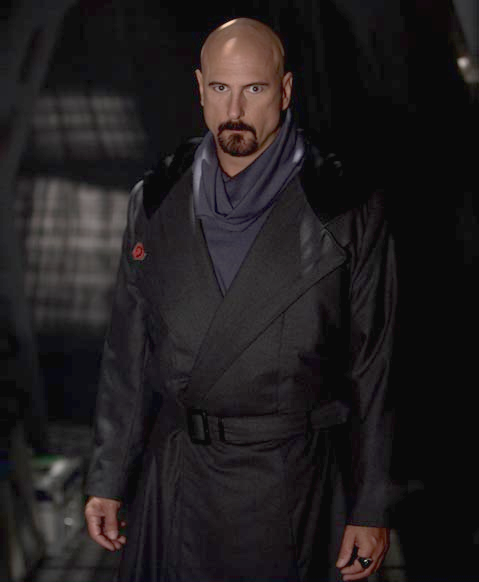 Kane is the charismatic, absolute leader of the Brotherhood of Nod, appearing in all events throughout the Tiberium universe. He was also the secretive advisor to Joseph Stalin during the Second World War. His exact origins are unknown, but is claimed to have been present on Earth for an...

Location
In the Desert

You are weak and cowardly, supporting such a pathetic milquetoast candidate as Kane.

Cthulhu for President 2024, He promises to eat his supporters last
W

LordSunhawk said:
He promises to eat his supporters last
Click to expand...

And only for supper!

LordSunhawk said:
You are weak and cowardly, supporting such a pathetic milquetoast candidate as Kane.

Cthulhu for President 2024, He promises to eat his supporters last
Click to expand...

Ia! Ia! Cthulhu…Raleigh? Relay? Ree-whatever! Last I heard he’s sleeping deeper than ‘ol Joe Biden on a keggar of NyQuil! Which means until he wakey-wakes, he is pretty much just like, well, Joe Biden…dead weight.

I vote for Cthulhu! Why settle for the lesser evil? No Lives Matter.

Tiamat said:
"Kayne" can only wish he was HALF as cool as our leader Kane.

Not to mention, Kane has a far more fashionable "chrome dome".
Click to expand...

And a fashionable dance

Our Great Leader Kane (KANE LIVES IN DEATH!) would like to share with you our very own theme campaign song, and slogan for 2024...sung by none other than the great Frank Klepacki and the Tiberian Sons: NO MERCY.


MERCY IS FOR THE WEAK!

A good look at the Messiah's history.

A good look at the Messiah's history.
Click to expand... 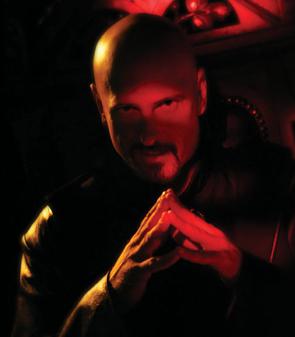 Greetings, my faithful Brothers and Sisters. Yes, it is I...KANE. Ah, but you knew that, didn't you, my faithful? You, my reverent faithful, have not just recited, but fervently believed in the mantra that KANE LIVES IN DEATH. But now, as you can well see, like Lazarus himself, KANE LIVES!! And, indeed I do.

Have no more fear, my friends, your faith and devotion has been rewarded...YOUR SHEPHERD HAS RETURNED.

Tiamat is a devout, yet humble servant of the Brotherhood, like each of you my Brothers and Sisters, and using this, ah, 'thread' in this internet forum called The Sietch (A fitting name, I must admit), he has allowed me to speak directly to each of you. Alas, my time is short, as there are a great many things I must attend to.

GDI and their pitiful lackeys amongst the dubiously-titled "Free World" have sought to destroy me time and again, along with you my devout children, the Brotherhood of Nod, but like the Phoenix itself, we always return, always growing stronger with each passing. And now, GDI has metastasized into a cancer that has spread across the world, engorging themselves upon the world's riches, whilst the common folk of Humanity toil amongst the muck and filth...dispirited...beaten....BROKEN. But no more! They cry out for Brotherhood, instead of narcissism. Unity instead of division. Peace, instead of petty conflicts. And their call has been answered.

And to achieve this, what better way to do so...than to campaign as President of the so-called United States of America? The Americans, they too cry out for equal wealth, for justice, for order, for a true Messiah. No, not that fabricated hypocrite media personality Obama, or that laughable toupee-wearing, spray-tanned Trump, or even that pathetic pants-wearing lying scarecrow, Hillary.

Of course, it has come to my knowledge that some amongst the Sietch here, like @LordSunhawk , and @Typhonis would rather serve the will of some bloated, gigantic sleeping squid at the bottom of the ocean, and then there are those like @commanderkai , who still remain loyal to the ever-accursed GDI. By all means, let them play their games. I confess I enjoy a good game of chess, and always am on the lookout for another worthy opponent. And like all others who stood against me, they too will be swept away like the dust motes they are against the inevitable coming storm.

I must regrettably leave now, my faithful, but I will be in touch. And I will always be watching, observing. Keep faith, my children...we have still just begun.

One Vision. One Purpose. The Technology of Peace.

Is this transmitter still running?!

GDI would like to know your location. For purely ion cannoning purposes.

When I was a little kid my Dad said I should pay attention in school and read my books and someday I could reach the highest echelons of the NGO he worked for. Said if I did really good I could run the Pentagon someday. I laughed and had no idea what he was talking about.

One day he said his "Stepbrother" in Cairo needed help. I didn't even know he had one. He left on a business trip to Africa because of it. Before he left I bought him a black Special Forces beret. He promised to wear it. Said it'd give him 'Good Luck.'

I never saw him again.

If I ever find this "Stepbrother" I'm going to set him on fire with our Family Flamethrower.

While @commanderkai wants to cosplay Star Trek ("One to Beam Up, SCOTTY!"), we at the Brotherhood of Nod found @Husky_Khan 's story quite earnest and heartwarming. So heartwarming, in fact, we'd like to talk about one of the Brotherhood's newest, far more down-to-earth technological innovations...THE FLAME TANK.

But what sort of technological terror (THE TECHNOLOGY OF PEACE!) could this be, you ask? Why, glad you asked, none other than NOD's newest contribution to the betterment of Humanity! What more could you ask for? It bakes, it shakes, it sizzles, it BURNS. Need to clear away some pesky forest undergrowth (along with the latest purge of dissidents)? No problem! Want to barbecue some meat for your local village party (along with the latest batch of GDI prisoners)? NO PROBLEM! Want to make a HOT AND LASTING IMPRESSION on the local political party HQ (Democrat or Republican, NO PARTY MATTERS)? NOT. A. PROBLEM.

Here's even a video, showing the Brotherhood's latest innovation in action as it participates in some, ah, URBAN RENEWAL.