Books What Are You Reading?

WolfBear said:
Yitzhak Arad's 2009 book The Holocaust in the Soviet Union is both a fascinating and an extremely tragic read:

The Holocaust in the Soviet Union

You can find this book for free in its entirety on LibGen. I highly recommend it.
Click to expand...

I think that it's reasonable to say that what this book of Raul Hilberg was for the Holocaust as a whole:

--Yitzhak Arad's book is for the Holocaust Soviet Union in particular.
W

This book containing all (or at least a lot of) New York Times articles from World War II really is quite excellent:

I would highly advise everyone to take a look at it.
W

WolfBear said:
This book containing all (or at least a lot of) New York Times articles from World War II really is quite excellent:

I would highly advise everyone to take a look at it.
Click to expand...

There's apparently another similar book that was published a couple of years earlier, but I don't know how exactly it differs from the book above:

I am just finishing up the Hapless Dungeon Fairy box set.

Decent for LitRPG but really suffers from the author's tendency to pad wordcount with stat blocks, especially when he decides to recite the entire stat block, exactly the same as the stat block he recited a few pages back except for one single number, over and over. I'm using fast-forward a lot to deal with that.

I also find myself mildly disliking his system, because almost everything is about making number go up. The story starts out promisingly, with the MC using a rarely-seen highly expensive special quality that lets her summon every member of a family of creatures instead of having to buy each variant individually. By choosing dogs she's able to get a massive range of foxes, coyotes, jackals, wolves, and giant mastiff hounds all working together via pack hunter that lets her build a far more complex dungeon than any other Core has ever managed at first level.

But then it kind of loses this track. Nearly every other special quality we run into consists of "Faster regeneration" or "Bigger Mana Pool" or "Cheaper traps" or the like. They serve only to make number go up (and provide an excuse to recite the entire stat block again, except with whichever number that special quality made go up changed) and don't actually add any interest to the dungeon building or story.

The base story is quite clever (The world looks like a bog standard LitRPG fantasy setting until the reveal that it's being invaded by sci-fi aliens who don't follow RPG fantasy rules and are wiping everybody out in secret raids while the various RPG factions blame each other and make things worse) and the character interactions are cute and fun. I recommend reading the story and skipping the boring-ass stat blocks and explanations of RPG mechanics.

Actually, I recommend that for virtually any LitRPG story ever, I've never found a gamer-type fic where the actual stat blocks were worth reading.
W

This book about pre-World War I Germany is extremely interesting: 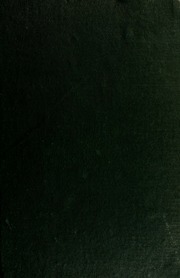 Germany and the Germans from an American point of view : Collier, Price, 1860-1913 : Free Download, Borrow, and Streaming : Internet Archive

It's written from an American point of view, I think.

So is this book about pre-WWI Anglo-German tensions by Charles Sarolea:

And this book about Russia's then-great potential written in 1916 by Charles Sarolea:

I found this early 20th century book about Afghanistan to be pretty interesting: 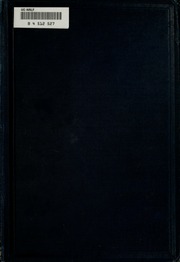 As well as this early 19th century book about Afghanistan by Montstuart Elphinstone: 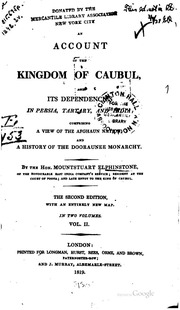 An account of the kingdom of Caubul, and its dependencies in Persia, Tartary, and India. Comprising a view of the Afghaun nation, and a history of the Dooraunee monarchy : Elphinstone, Mountstuart, 1779-1859 : Free Download, Borrow, and Streaming : Internet Archive

Book digitized by Google and uploaded to the Internet Archive by user tpb.
archive.org

Montstuart Elphinstone was a Scottish historian who was associated with British India:

I recently took a look at this book from my local library: 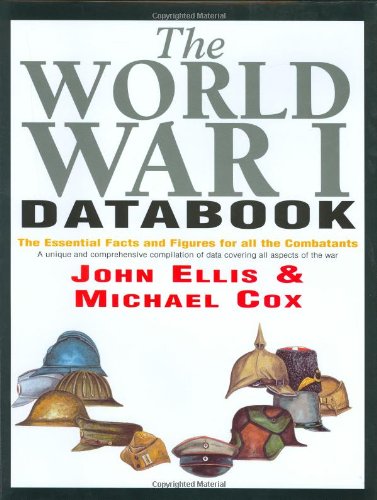 It was very interesting and informative!
W

This is a 50+ year-old thesis rather than a book, but it's still extremely interesting:

It's about Maurice Francis Egan, the US ambassador to Denmark before and during World War I, and his ultimately successful efforts to get Denmark to sell the Danish West Indies (later renamed the US Virgin Islands) to the US:

Bismarck; Sketches for a Historical Picture

Just polished off the Tower of Somnus.

This is an interesting case. It's nominally LitRPG, crossed with a distinctly Shadowrun-flavored cyberpunk dystopia. Aliens made contact with Earth some 40 years ago and promptly threw up their hands in horror at the atrocities of the megacorps and embargo'd the planet, but not before leaving behind the great game, Tower of Somnus. If you have a subscription to the game, it coopts your REM cycles and allows you to play an RPG-like world in your sleep. Your actual real-life skills will translate over to your character, so f'rex the main character is rather nastily skilled with knives and thus even at level 1 is a force to be reckoned with once she gets a dagger. The LitRPG parts with stats and such are all in the game world.

However... skills you learn in the game also translate into real life, albeit without game mechanics like a mana bar to help. If you learn to cast fireball or levitation or whatever, you will be able to do those things in the real world as well. The transnational megacorporations have seized control of the game as much as possible and try to keep a tight hold on subscriptions, allowing only the wealthiest managers to access it's power, but sometimes things slip out, and a new free subscription is a rare monster drop that happens even on the first level so once one person is loose, eventually many more will be.

Oh, but if you die in the Tower of Somnus... haha, no, you don't die in real life but you are locked out of the game until you get a new subscription, and all the power you gained along the way is lost and you start at level 1 again.

Kat is a debt-peon to a megacorporation, enslaved for life having to pay the corporation for every bite of food and drop of water, put into debt by the medical bills for her own birth and locked in for life. Her mother is slowly working herself to death in a factory and her only ambition is that Kat can get a little higher and become a lab assistant so she's safe from the OSHA non-compliant factories that killed her dad and are slowly killing the mom. Her little sister is equally indebted, and Kat has become a "Runner" to pay off their debts, a courier for sensitive information of the extralegal kind, sneaking through areas and smuggling datachips too sensitive to be transmitted even on secure channels. Kat aspires to one day be able to afford a datajack for her little sister, cyberware that will let her learn at superhuman speeds and break out of the laborer class into the scientist or perhaps even lower managerial class.

Then her crush Arnold, a boy from a much richer family of the higher managerial class, approaches her. He got a chance at a Subscription and blew his entire college fund to get it. Now he's toast unless he can get enough power to prove to his parents that the power of the game is worth losing his college fund for. And he got the rare lucky drop of another subscription, and wants Kat to join him because he's barely surviving even the tutorial level and knows she can fight...

The story's fairly solid, the worldbuilding is a bit shaky and some things don't seem to make a lot of sense but the characters are generally well written. Kat is a little bit of a sue, I really got tired of hearing every single Alien break out "You're a credit to your race, not like all those awful other humans" for the 10,000th time. The rest works well.

It interestingly seems to be written specifically to immunize the author from the Twitter mob, the first few chapters are quite woke with "Humans are the real monsters," benevolent aliens that are far more enlightened and beyond such things as profit motive, and Kat throwing a hissy fit over pronouns. Once you get past the first few chapters, what a twitter mob might look at before moving on, though, suddenly that starts falling away and the aliens are far more malevolent, the game itself is fairly suspect, and the evil corporate exec might even be more reasonable than she seems.
W

Another interesting read for you guys:

It's an online book comparing and contrasting the various regions of the US and the former Soviet Union. It's quite detailed, informative, and interesting! It was created/written back in the 1990s.
Click to expand...

A 1915 book about Romania (here spelled Roumania) and the Great War (aka World War I) by R. W. Seton-Watson:

Describes the history of the region, Romania's territorial claims onto Transylvania and Bukovina, the possible future situation in regards to this, et cetera.

A 1915 book about World War I by R. W. Seton-Watson (the very same author as above) and a couple of other people called The War and Democracy:

I found this book about strategy to be pretty interesting: