The West getting to field test and perfect their new military hardware against a near-peer opponent is a very good argument for supporting Ukraine from a terrible source (antiwar.com, really, are we supposed to be the hippies now?).
Why would anyone considering themselves a right winger want to cater to this electorate? Yes, a baptism of fire for modern weapons and tactics is a quite often missed side benefit of western aid in Ukraine, that will pay dividends in future wars.
>provoking superpowers
I wish for a world where the "former and current superpowers" fear provoking the West as much as the author of that video claims to. Luckily the West's weapons getting perfected is a step in that direction.
>repeating fake "deal" with Soviet Union supposedly being broken
There was no deal, and if there was, fuck commies and Russian imperial revanchists equally, it should be broken, repeatedly, every year, just to teach them about "former Soviet Union" not being their personal fiefdom.

>ending the conflict
I love this weasel wording. It's funny that it is only used by people who want it to end in a certain way that they know is not easily defensible if mentioned specifically.
Reminder that Russia can end this conflict on a whim by ordering its armies out of Ukraine at any time. 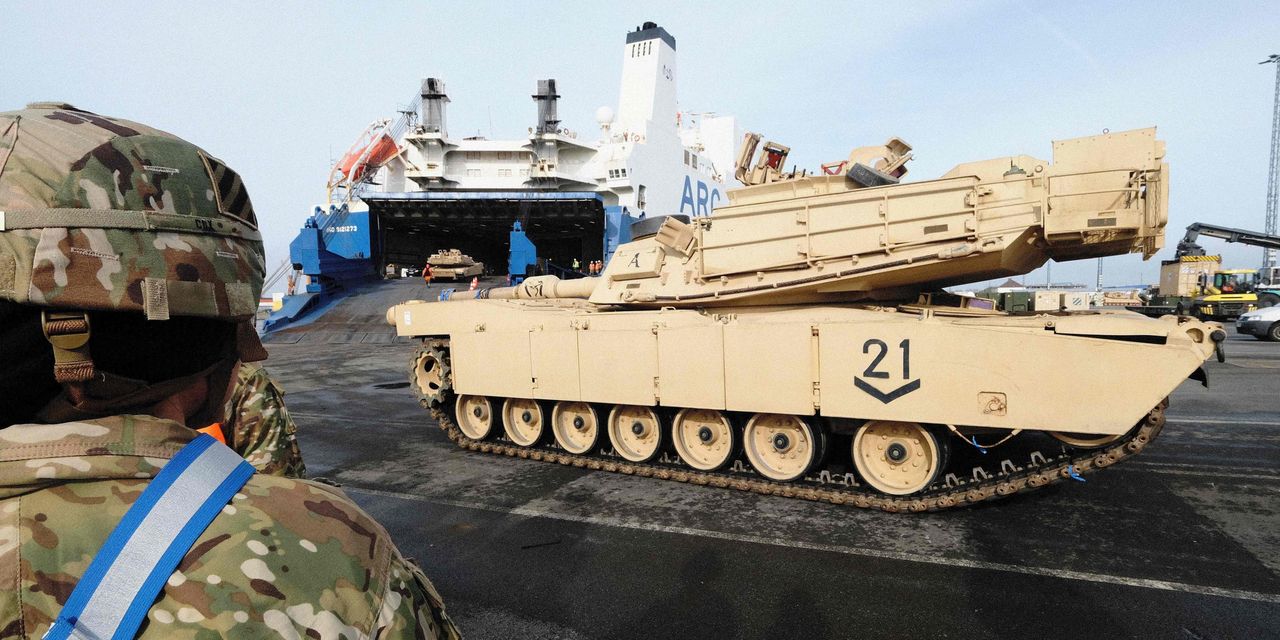 An announcement of tank deliveries could come this week, U.S. officials said, part of an understanding with Germany in which Berlin would agree to send its own Leopard 2 tanks.

Make of this what you will.

The article said IFVs and APCs would be included. No specifics. The exhibition opens on the 27th. Also, NATO DRY RATIONS!!!

strunkenwhite said:
The article said IFVs and APCs would be included. No specifics. The exhibition opens on the 27th. Also, NATO DRY RATIONS!!!
Click to expand...

Probably one of the eastern NATO BMP-1 modifications.

They probably wish they had a HIMARS
Click to expand...

They did a display of captured NATO weapons before last August in their Russian Arms Expo.


Husky_Khan said:
Also on display are the inferior 'war trophies' that Russia has obtained from its three day plus Special Military Operation in Russia which feature a rebuilt Bayraktar TB-2 Drone and a US Made and Russia destroyed (then reconstructed) M777 Howitzer.

Not seen however is the M142 HIMARS MLRS (much inferior to the BM-30 Smerch) that the Ukrainians apparently sold to the Russians.
Click to expand...

They displayed a Bayraktar Drone and an M777 Howitzer, both apparently reconstructed from captured bits and bobs or otherwise fabricated. There was also a Humvee!!!, a Saxon Armored Ambulance and assorted small arms. We will see if this new display will surpass the old presentation. 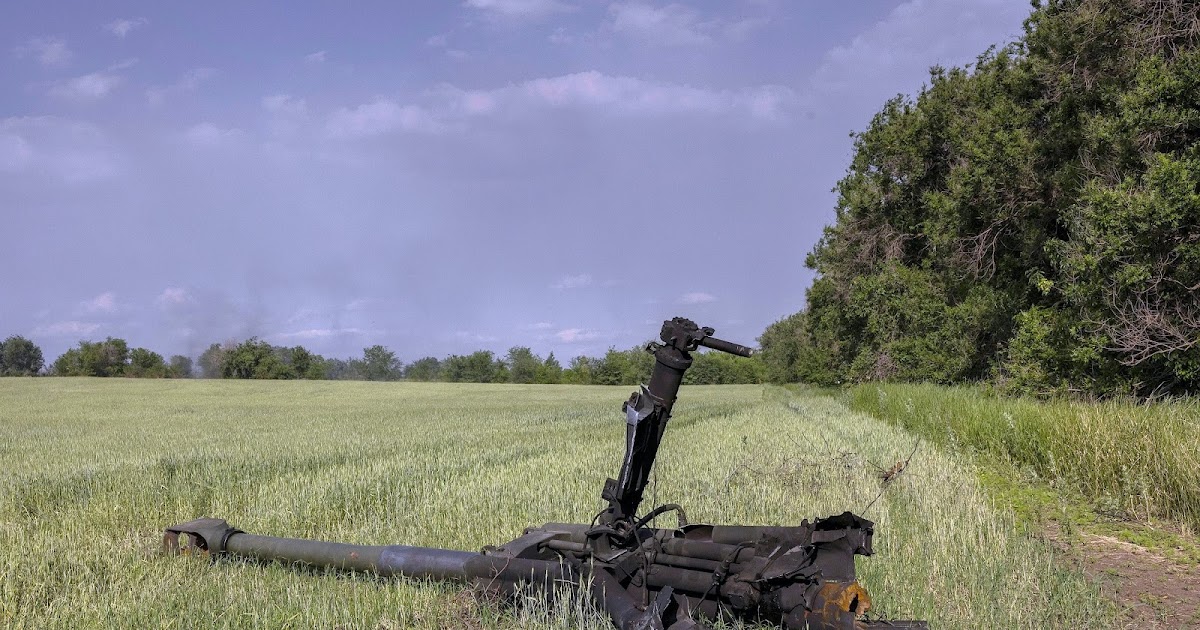 How Is Russia Faring Against NATO Equipment In Ukraine? A Tally

There is so much noise the past few days on the Leopard tanks that I'm still not sure what it is going on. This seems to be a reasonable collation of what's the MBT situation is at the moment though.


Of course there are rumors of more tanks being discussed. Everything from the Leopard 1's that Rheinmentall allegedly has kept around somewhere to Swedish Leopard 2 variants, French LeClerc's or Italian Centauro Wheeled Tank Destroyers LMAO. No one is even sure how many Leopard 2 tanks Spain has and whether they've been kept up to NATO standard in storage or just the NATO standard in storage for spare parts pillaging.

Regardless though, it seems like Leopard 2 tanks will show up in Ukraine in the coming months.

The other report is Morocco sending Ukraine 20 T-72B's via the Czech Republic. Some said it was fake news, others said that the T-72B's were "stolen" from Morocco and given to Ukraine and others are stating that Morocco is just wanting to engage in deniability about the whole thing. What seems to be reported at the very least is that twenty Moroccan T-72B's were modernized by the Czechs and sent to Ukraine.


A Russian Collaborator, Valentina Mamai, was reportedly injured when her car exploded in the occupied port city of Berdyansk. She is currently in hospital.


And in happier news, Mariupol is being rebuilt!

Husky_Khan said:
There is so much noise the past few days on the Leopard tanks that I'm still not sure what it is going on. This seems to be a reasonable collation of what's the MBT situation is at the moment though.

Looks like 2-3 tank battalions of Leopard 2 and 3-4 mechanized battalions of varied models.
If they put it in one unit, with some other stuff thrown in that's one hell of an armored assault division, even if high maintenance.
A

So,169 tanks if they send it all.Including 30 Abrams.USA really do not want let Ukraine win.
M

ATP said:
So,169 tanks if they send it all.Including 30 Abrams.USA really do not want let Ukraine win.
Click to expand...

For now. That's the first shipment. There will be more. With the logistical demands of Abrams, that's particularly major.
Also past controversy apparently has cleared up in an interesting way:

Marduk said:
For now. That's the first shipment. There will be more. With the logistical demands of Abrams, that's particularly major.
Also past controversy apparently has cleared up in an interesting way:

Lessons of Air War in Ukraine

Since the beginning of the invasion, Russians have kept repeating that they had destroyed the Ukrainian air force. In fact, they had claimed on the first day of invasion that UAF had been destroyed…

Overall, the air war in Ukraine seems to point to future air war being a mixture of First and Second World War experience. Heavy SAM presence has largely restricted air activity to the frontline, which itself is largely static thanks to preponderance of guided munitions and other threats making large-scale maneuvers on the open extremely risky.
Click to expand...

Considering the above, what are the chances of Ukraine buying Gripen post-war?

Addendum to the above, but taking Ugledar also removes the threat of Ukrainian artillery to the H-20 highway.

Series of posts on why the fighting around Vuhledar is important. Primarily I'm how it keeps Russian rail supply routes from Crimea under the possible threat of Ukrainian artillery.


Short thread on the Recent Russian Assaults in that area.


And Ukrainian Javelin Teams Apparently in Action Around that Area.

Wonder if they are Germans of Russian descent.