Tiny North Macedonia Sending Ukraine four Su-25 Jets. This is in addition to the at least eight T-72's it dispatched to Ukraine earlier


Canada to Also Send Personnel to Britain to Help Train Ukranian Forces There.


Made In China Vehicles Supposedly Entering the Ukraine Region.


Two of the Missiles that Rained on Mykolaiv Today in Russia's Daily Shelling of the City Failed to Explode.


Corpses, many covered in plastic bags, still litter the ruins of Liberated Mariupol.

Heavy Fighting Reported Around Pisky on the Western Outskirts of the city of Donetsk.

Wanted to wait and see but according to who you listen to, Pisky has either fallen a few times in the past four days or the Ukrainians pushed the Russian forces back to 2014 positions in some areas. Regardless heavy Fighting Reported. 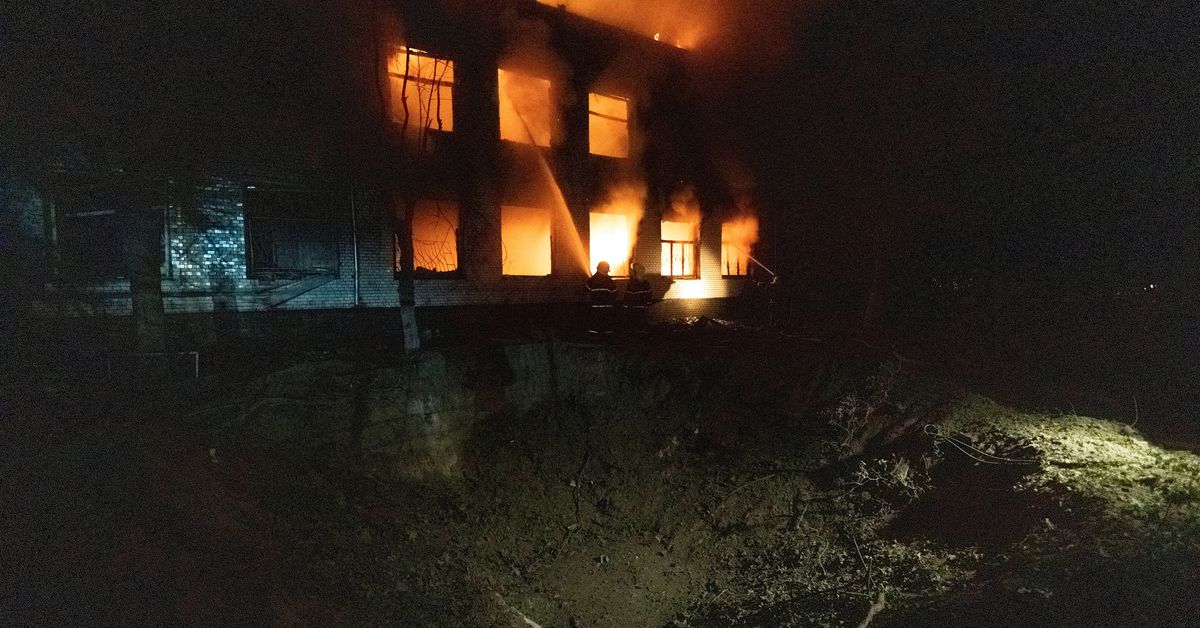 Russia is Documented as Having Lost a Thousand Infantry Fighting Vehicles Since the Special Military Operation Began.


Ukraine's Air Force launched an Air Raid with 8-10 Planes Reportedly along the Eastern Bank of the Dnieper River near the Kherson Region.


An 'Alhmat' Russian fighter is allegedly identified as one of the Russian Soldiers who tortured and killed a Ukrainian POW with a blade on video.

Husky_Khan said:
A 29 year old ethnic Tuvan is allegedly identified as one of the Russian Soldiers who tortured and killed a Ukrainian POW with a blade on video.
Click to expand...

Is that the one with the cowboy hat? He castrated someone.

Arch Dornan said:
Is that the one with the cowboy hat? He castrated someone.
Click to expand...

nope, just having a tank contest and doing some spectating


Husky_Khan said:
Two of the Missiles that Rained on Mykolaiv Today in Russia's Daily Shelling of the City Failed to Explode.

Time to eat thy words.

looks like someone needs a booster section for their memory

Eastory did a video Summarizing the Ukraine War in Aboot Ten Minutes (minus the sponsorship).


Thought he'd just cover the beginning bits of the War like Kings of Generals had to, but like most Eastory Videos, he was able to breeze through a huge amount of events and the like in a brief and efficient manner... which shouldn't be surprising considering how concise his World War Two videos tended to be. At least until May anyways.

United Kingdom Ministry of Defence Briefing Discussing the Redeployment of Significant Russian Forces to the Kherson-Zaporizhzhia Front in Southern Ukraine. Rob Lee and others commenting they find it unlikely that Russian BTG's (of which thirty plus reportedly located in Kherson alone) regularly contain 800-1000 troops as the UK MOD Briefing alleges.


Russia is Focusing on Training more Drone Operators/Pilots (as well as bringing more Drones into Operation in Ukraine).


A Russian R-439-MD2 Satellite Communicatons Vehicle Reportedly Identified as Lost. Lost back in April or so in the Chernihiv Region but not Documented until recently.


Alleged account of torture and other mistreatment of Ukrainian POW's in the Olenivka Prison Camp (which was apparently struck by Russian Fires earlier in a False Flag Operation).

They mined the whole plant and area around it, on top of storing ammo right next to it.


Russians Supposedly Putting Up Radar Reflectors Near the Antonovsky Bridge Leading to Kherson. Efficacy of such measures is in dispute.


The mystery of the alleged Ukrainian anti-radiation missile wreckage.


Russian BMO-T Armored Personnel Carrier Destroyed Recently in Ukraine. These vehicles are apparently pretty rare and this is the second one documented as lost since the War began.


Vitaly Gura, a Collaborationist Official Was Apparently Assassinated by Partisans. He died later in the hospital. According to Nexta, he's the seventh 'high ranking collaborator' killed by Ukrainian partisans since the War began.

Allegations that Ukraine is actually focusing Offensive Power in the Izyum Area South of Kharkiv, as opposed to in Kherson in the South.


Ukraine Striking the Dam Bridge at Kakhovka Farther North of Kherson along the Dnipro to further interdict supplies.


Reportedly a T-90M Tank With a 'Cope Cage' in Ukraine Recently.

Details on the next billion dollars worth of military aid to be sent to Ukraine is detailed. It includes more 155mm and HIMARS ammunition, 120mm mortars and ammunition, NASAMs missiles, a thousand more Javelins and lots of AT4's as well as explosives, medical vehicles and equopment.


Training on IRIS-T SAM Systems in Germany will take a few months before they can be deployed to Ukraine.


Estimation of Civilian Casualties from Russian Shelling on Mykolaiv in Southern Ukraine.

Husky_Khan said:
Tiny North Macedonia Sending Ukraine four Su-25 Jets. This is in addition to the at least eight T-72's it dispatched to Ukraine earlier

Based Macedonians reviving the spirit of Alexander the Great!

The Pentagon announced Monday that the US has sent anti-radar missiles for Ukrainian aircraft to target Russian radar systems, marking the first time the Defense Department has acknowledged sending the previously undisclosed missile to Ukraine.

Reports and video of large explosions, supposedly at a Russian-occupied airbase in Crimea.

More info on the attack in Crimea:

Looks like it was a cruise missile strike by the Ukrainian Navy against a Russian naval aviation base/group.

Russia is claiming it was an accident, potentially involving some aerial bombs detonating. But no aircraft were harmed in the making of this accident.


The aircraft are probably already returning to their hangars under their own power.

Anyways here's a report of the aircraft reportedly at said Airbase that are all fine still.


Also the United States Apparently stated that targets in Crimea are fair game as far as they are concerned.

Husky_Khan said:
Russia is claiming it was an accident, potentially involving some aerial bombs detonating. But no aircraft were harmed in the making of this accident.

State of emergency got declared in Crimea over this.

It is possible, before the war Ukraine has had 2 missile systems with enough range in late stage of development - Hrim-2 and Sapsan. It's possible that over the last half year of rushing they have managed to finish a production run of one.
Also it could have been a drone: Kyiv-based Luch Design Bureau last week unveiled the Sokil-300, a strike drone slated to be the first designed and produced exclusively in Ukraine.

www.thedefensepost.com
Also some Russian bureaucrat did the meme of the occasion:

Nothing to see here, move along...